Since 6 months a rain of droppings falls on a village of the Mounts of Cantal in France, as heavy as a ball of petanque, they do big damage.

It was in the hamlet of Lascelle that the phenomenon began and more precisely on the property of Guy Mélassienne. This retired farmer is at the end of nerd, every morning at the same time several turds coming from the sky fall on his farm.

When the shit hits the fan

Guy is angry, "Sometimes it falls in the fields, but also on the farm and there is really shit. I spend my time repairing my roof and I do not talk about smells, it smells like dung in it and it has not touched anyone yet but it could kill. " 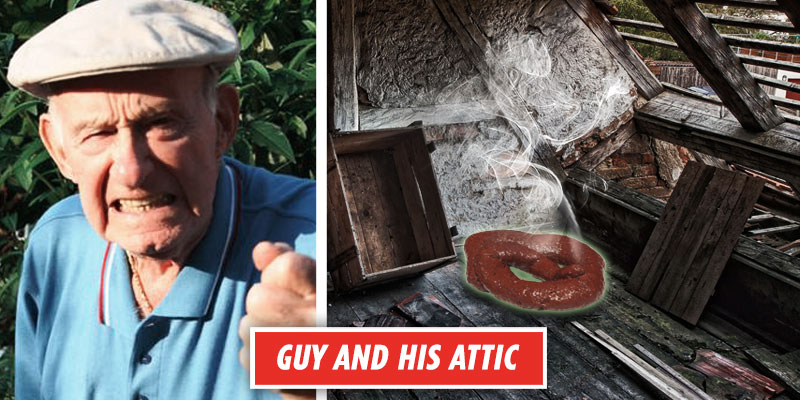 The pensioner has already tried to warn the authorities but this story of droppings does not interest anyone. So he decided to inquire by himself, "I have a nephew at Telecom I asked him, he tells me that it can come from the space station and ben me his ISS it makes me shit." We contacted the space center to inform us and indeed Guy's house is on the trajectory of the international space station. 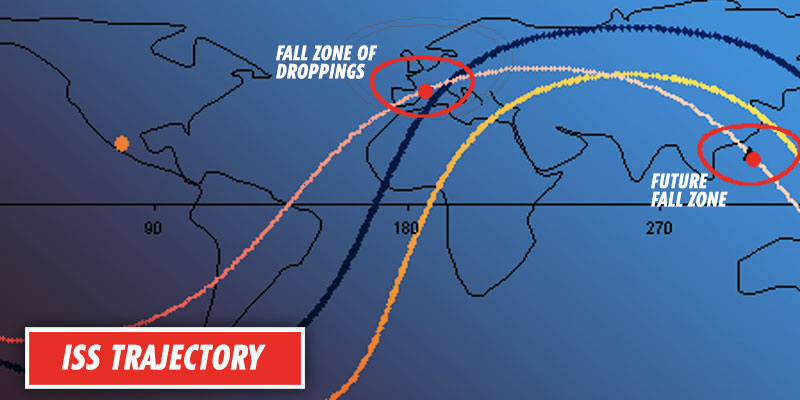 115 billion for a crap machine, they must be silly !

Lascelle is flown every day at 8 am (ISS time). This space program, already heavily criticized for its cost of 115 billion dollars, is not going to gain sympathy if its only use is to straw our campaigns and their inhabitants. Guy could not help but react to our information, "115 billion for a crap machine, they must be silly !".

We joined Thomas Pesquet (French astronaut) so that it shifts 30 minutes its passage to the toilet to spare Guy and France, as a good patriot Thomas promised us. According to our calculations this French turkey should fall on the island of Cac Ba, off the coast of Vietnam.